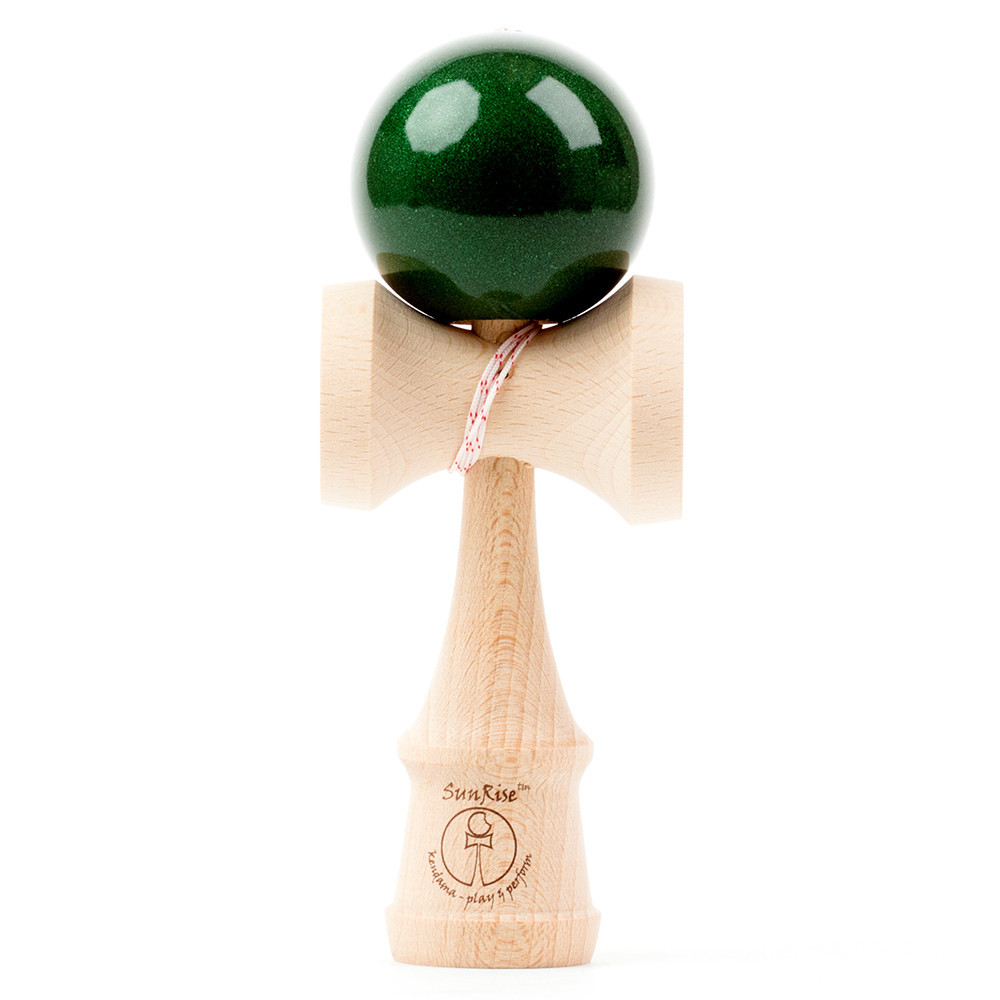 Kendama is a traditional Japanese toy consisting of a ken (sword), kensaki (spike), and tama (ball) connected by a string. The ken traditionally has three cups and a spike which fits into the hole in the ball. Basic kendama tricks consist of catching the ball in the cups and on the spike. However a huge variety of kendama tricks can be performed by juggling the ball between the cups, balancing it in various positions on the ken, balancing the ken on the ball and juggling the kendama. Reportedly, Kendama was initially a sort of adult's drinking game â€” a player who made a mistake was forced to drink more. Kendama are now super popular, with competitions and trick shows emerging all over the world! The jr. version of the Kendama from Sunrise. These mini Kendamas are great for the younger players with smaller hands, or for the advanced players who want a new challenge. The pocket models are 16cm tall, and a perfect size to go anywhere that you do.