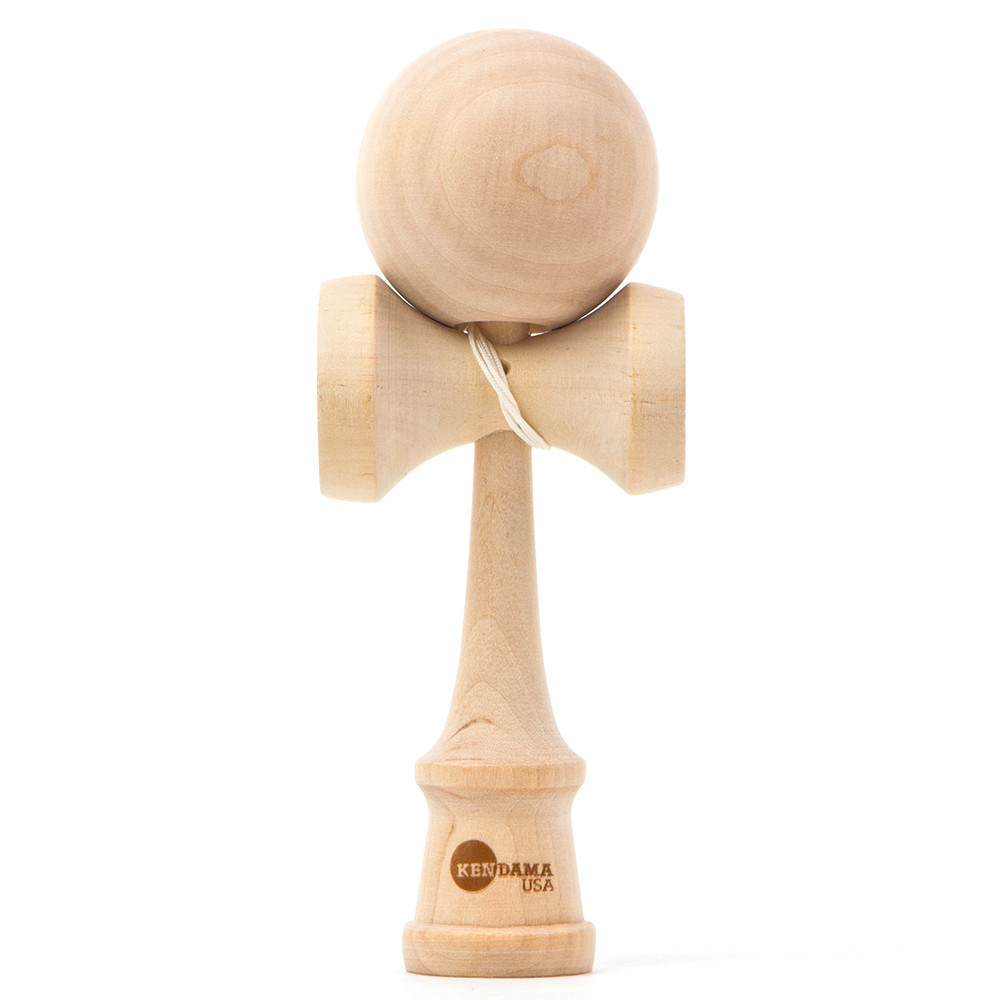 Kendama is a traditional Japanese toy consisting of a ken (sword), kensaki (spike), and tama (ball) connected by a string. The ken traditionally has three cups and a spike which fits into the hole in the ball. Basic kendama tricks consist of catching the ball in the cups and on the spike. However a huge variety of kendama tricks can be performed by juggling the ball between the cups, balancing it in various positions on the ken, balancing the ken on the ball and juggling the kendama. Reportedly, Kendama was initially a sort of adult's drinking game â€” a player who made a mistake was forced to drink more. Kendama are now super popular, with competitions and trick shows emerging all over the world! Back to basics. Simplicity and playability were the focus in developing the Kendama USA Classic series. Made of birch wood, this Kendama is the lightest and softest wood in our collection. This is the first Kendama we have manufactured using the traditional 2 piece Japanese handle and stringing assembly, instead of the "fixed" handle style of the Tribute Kendama. A perfect choice for the player who is looking for an affordable Kendama, but isn't willing to sacrifice playability.