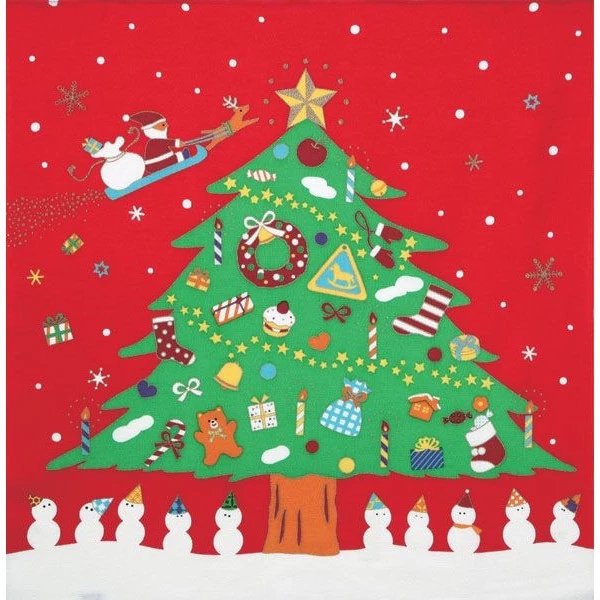 Made of a lovely, textured rayon known as chirimen, this furoshiki is the perfect way to wrap a gift for someone special. Furoshiki can be used again and again as a wrapping cloth, but the beautiful imagery might just convince you to use it as a decorative piece instead.

Furoshiki measures 27" square and is dry clean only.

History of Furoshiki
A long time ago, furoshiki were used for the cover of a dancer's dress. In the Nara era, some temples had steam saunas and people sat on furoshiki. In the Muromachi era, the nobles used furoshiki with their family crests when they went to onsen (hot springs spas). In the Edo era, onsen became very popular among people with furoshiki and they started to also use them for picnic, hiking, and other excursions. After the Edo era, the most popular furoshiki were made of cotton and hand printed. After the Meiji era, it was expected that furoshiki would be used for any ceremonial occasion like weddings. People also used them as a bag for business and school on a daily basis. After World War Two, many types of furoshiki have been produced with modern printing techniques and synthetic fibers using mass-production. As a result, many organizations began making novelty furoshiki with their logos. Today furoshiki are used as a beautiful and eco-friendly wrapping.