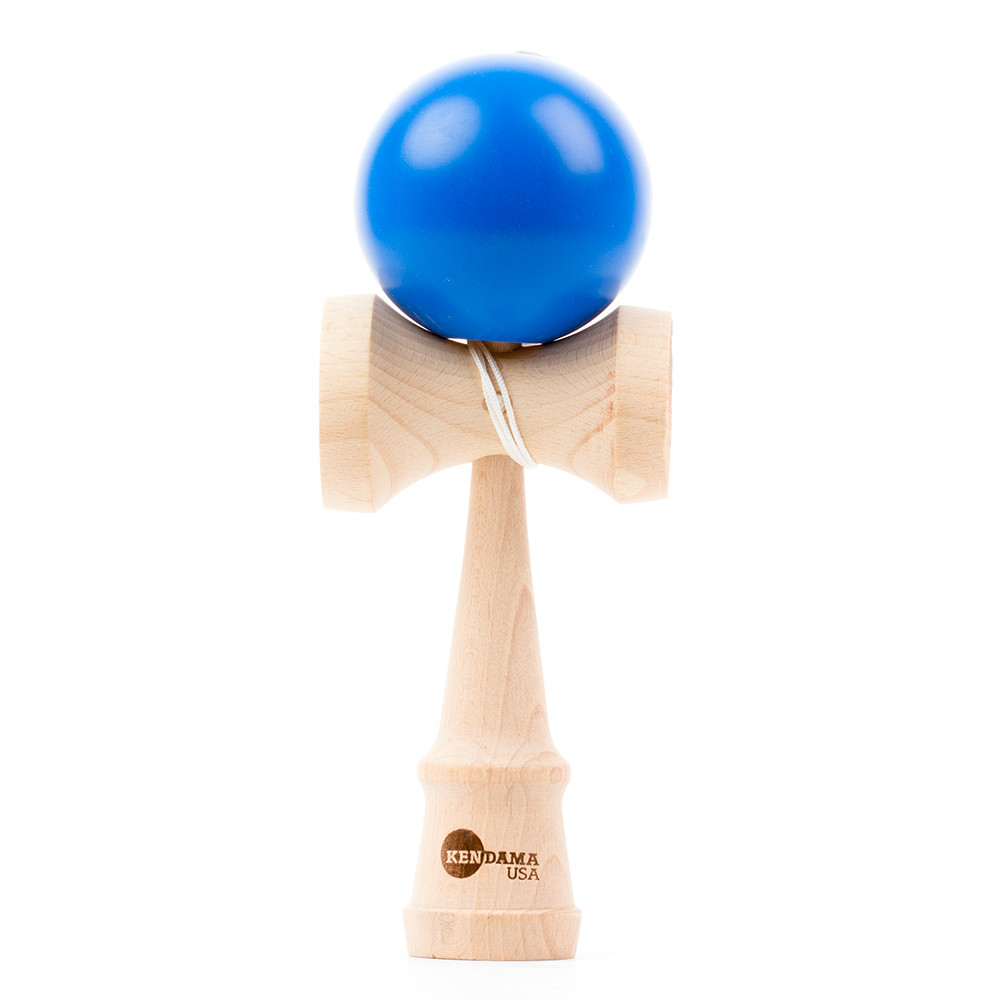 Kendama is a traditional Japanese toy consisting of a ken (sword), kensaki (spike), and tama (ball) connected by a string. The ken traditionally has three cups and a spike which fits into the hole in the ball. Basic kendama tricks consist of catching the ball in the cups and on the spike. However a huge variety of kendama tricks can be performed by juggling the ball between the cups, balancing it in various positions on the ken, balancing the ken on the ball and juggling the kendama. Reportedly, Kendama was initially a sort of adult's drinking game â€” a player who made a mistake was forced to drink more. Kendama are now super popular, with competitions and trick shows emerging all over the world! The Tribute Kendama uses a superior quality string, which is custom woven with high quality fibers and offers more strength and flex during play. The handle has also been beveled to reduce friction, and eliminate the need for string guards. Every Tribute Kendama comes in professional packaging, and includes an instruction manual, free stickers, plus a replacement string and bead pack in the box. The Tributes have GROWN!!! These monsters are a full 10 inches tall, and the first of the Jumbo Kendamas to have the Tribute design so they are just as easy to re-string and play as a standard sized Tribute. Playing with a Tribute Jumbo Kendama this size brings on a whole new challenge, and is perfect for events and anybody who performs for crowds. This is the only Jumbo that uses an extra reinforcement in the handle to ensure the cups won't slide off during the play.