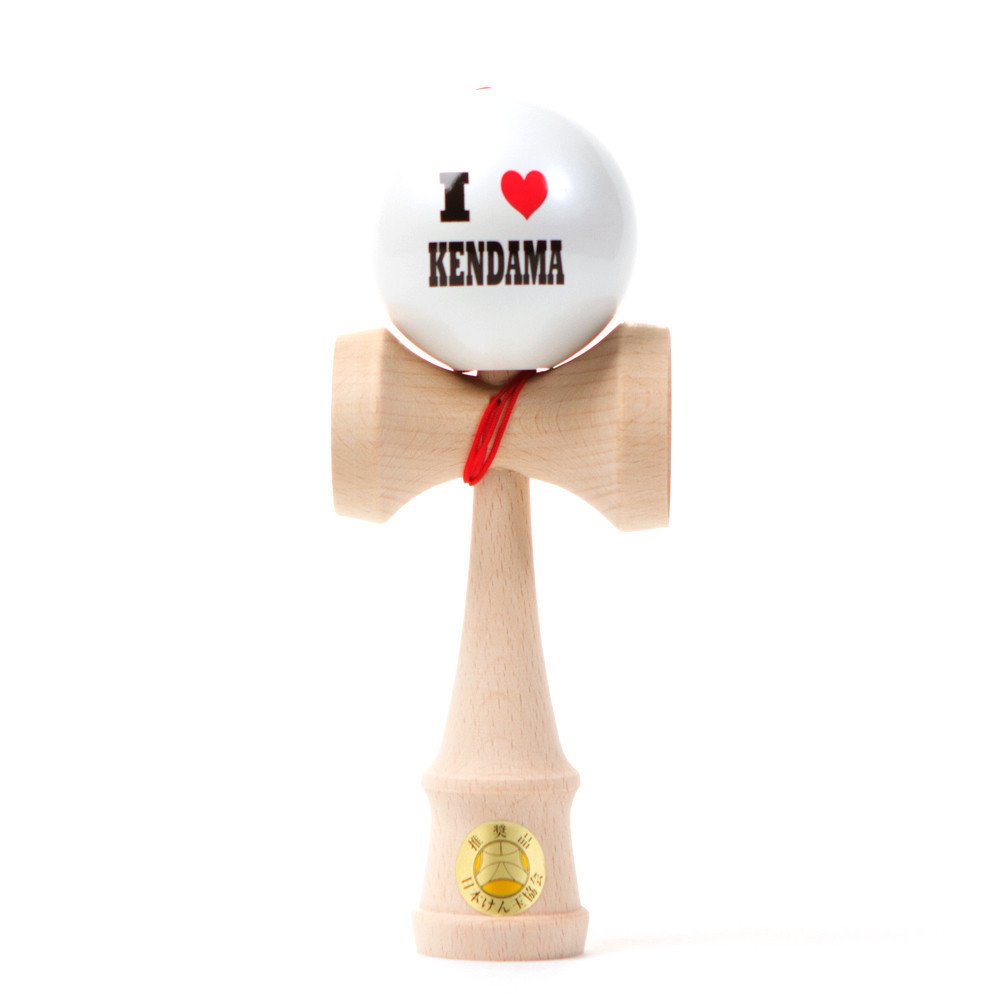 Kendama is a traditional Japanese toy consisting of a ken (sword), kensaki (spike), and tama (ball) connected by a string. The ken traditionally has three cups and a spike which fits into the hole in the ball. Basic kendama tricks consist of catching the ball in the cups and on the spike. However a huge variety of kendama tricks can be performed by juggling the ball between the cups, balancing it in various positions on the ken, balancing the ken on the ball and juggling the kendama. Reportedly, Kendama was initially a sort of adult's drinking game - a player who made a mistake was forced to drink more. Kendama are now super popular, with competitions and trick shows emerging all over the world! Ozora is an official wooden Kendama. These Kendamas are the real deal originals, straight from Japan. These are NOT the plastic knockoffs that many online stores sell. Light, balanced, symmetrical, and highly addictive. Hours of fun and builds amazing hand-eye coordination. Get yours today, or give one as a gift! This is a nice addition to the Ozora line. A pearly white tama with the words I love Kendama printed, and an elegant new red and white woven string. You already love Kendama, why not make it official!? This Kendama comes in a clear plastic box and does not include an extra string.