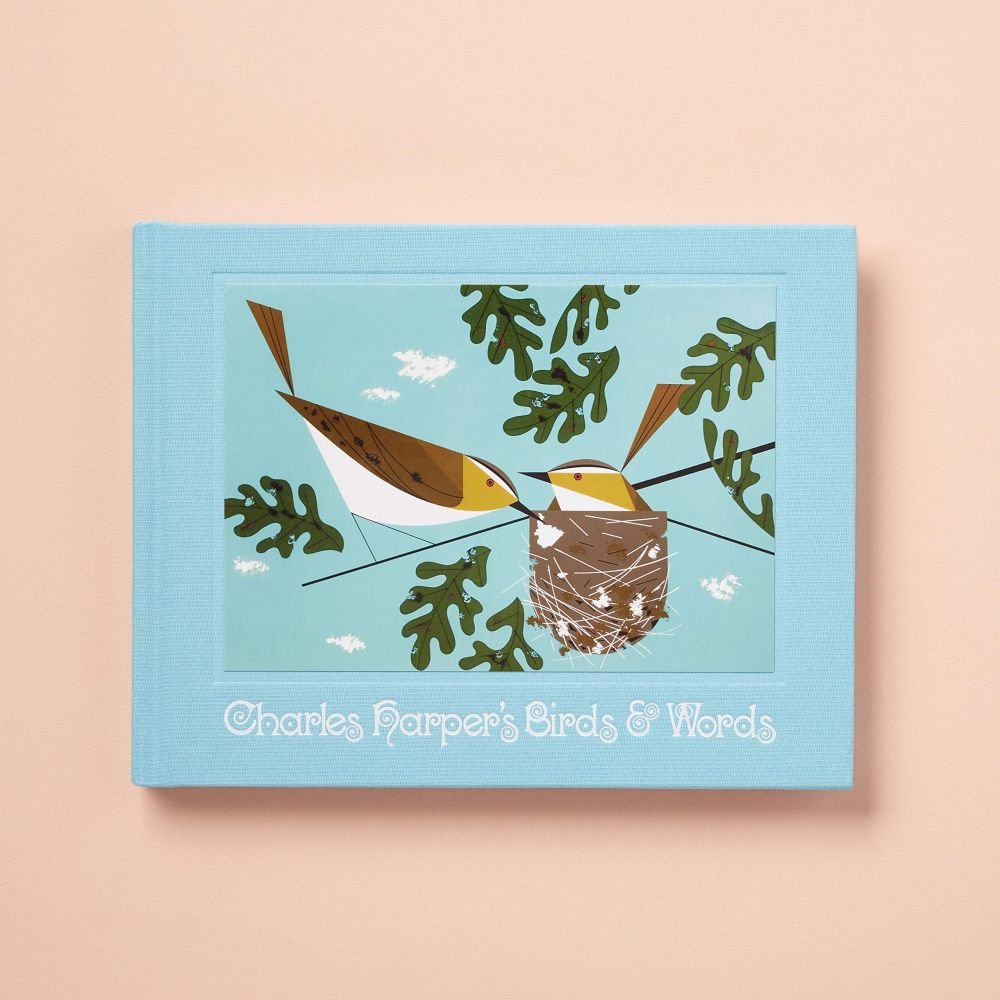 Birds & Words is a vintage collection of 60 illustrations of birds and 60 humorous stories about each one. This book is a lovely reissue of the charming and highly collectible 1972 classic by Charley Harper.

Written and illustrated by the renowned illustrator. Harper's style has been referred to as "minimal realism."

Charley Harper has illustrated numerous books, including the notable The Golden Book of Biology.

This new version of this vintage gem features a cloth-bound cover with a tipped in image alongside the original vintage typography.